Perhaps one of the most interesting and mysterious novelties of the summer season 2020 is the Italian region of Calabria, which will be available from June with a direct flight from Odessa. Few of our tourists know about this destination, so we decided to introduce you to it and tell you about hotels, beaches, nature and the main attractions of this region.

Calabria is located in the very south of Italy and is located on the “toe of the boot”. The region is surrounded by the sea on three sides: the Ionian from the east, the Tyrrhenian from the west, and the Strait of Messina from the south. At the same time, the very terrain of this region is very mountainous and there are no harmful industries, which makes rest here ideal for recovery. 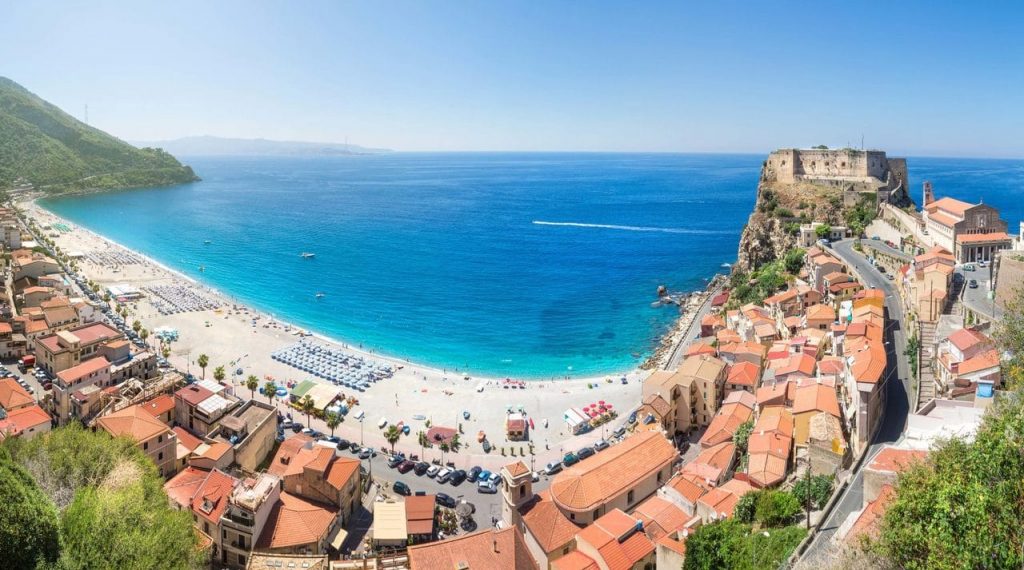 Three climatic zones are distinguished on the territory of Calabria: the Tyrrhenian sea, the Ionian sea and the mountains. The first is characterized by hot summers, moderate cold winters and low rainfall. There are more hot summer days in the Ionian zone than in the Tyrrhenian zone, so many tourists prefer to spend their holidays here. The climate in the mountainous zone resembles that of the Alps: snow often falls in winter, and in summer the average air temperature is much lower than on the coast. So if you are not a fan of a hot climate, then you can go explore the mountainous areas of this region.

Calabria is one of the oldest regions of Italy, as it was inhabited in the era of the ancient Greeks. However, unlike Rome and Venice, this region has nothing to surprise tourists with. First of all, Calabria captivates with its homely atmosphere and incredible nature. Just imagine – in Italy, far from the hustle and bustle, there is a place that is almost untouched by man. For example, such as in Praia a Mare with its amazing soft turquoise sea. Or on Dino Island, famous for its Blue Cave, where you can swim in teardrop-clear water surrounded by small fish.
The center of tourism in the region is the city of Reggio di Calabria with ancient history, the National Museum of Magna Graecia and the promenade, which the great d’Annunzio revered as “the most beautiful kilometer in the country.” But nevertheless, in almost every town you can find several remarkable old buildings and just wander through the streets of small towns that have absorbed the history of two millennia! A little warning: when going sightseeing, remember about the siesta – during the day most places are closed to the public.

The beaches of Calabria

Which beach to choose? This is indeed a difficult question. Since every beach in Calabria is one of the wonders of the world. Pure sandy beaches framed by white cliffs or olive groves and orange plantations: a beach holiday in Calabria is always a delight for the eyes and soul! Almost 780 kilometers of coastline run through the territory of the Italian region of Calabria, and every meter here gives the traveler amazing impressions and emotions. 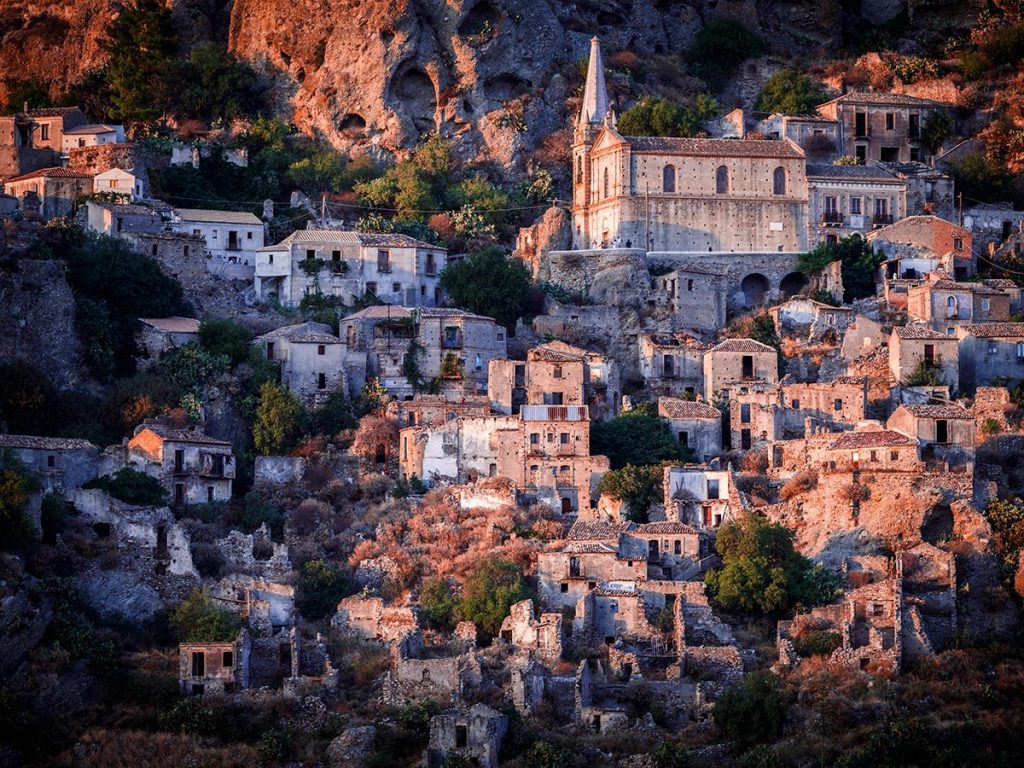 The beaches located near the beautiful Calabrian city of Tropea amaze with their natural beauty, expressing all the magnificence of the local rich flora and fauna. The town itself, among its narrow streets and small squares, keeps many romantic panoramic terraces, allowing you to enjoy a magnificent view of the snow-white cliffs framing the sea waves of intense turquoise color.

The beach “Rotonda” is characterized by very fine white sand and incredibly clear water: here the seabed is visible even at great depths. The beach lies at the foot of the cliff on which the city extends. The Rotonda beach is separated by the massive cliff of San Leonardo from the small and quiet spiaggia del cannone beach, hidden behind the pier of the tourist port.

Linguata Beach, together with the picturesque beach of Santa Maria Island, is a favorite place for divers: crystal clear waves allow you to enjoy the unique beauty of the seabed and the vibrant underwater life that has arisen on a few meters of a flat reef.

Among the attractive coves that open up between the rocks of Tropea, the monastery beach or the “Del Convento” beach, named after the former monastery, deserves attention. The beach is characterized by fine white sand mixed with small pebbles, smooth and polished by the sea. 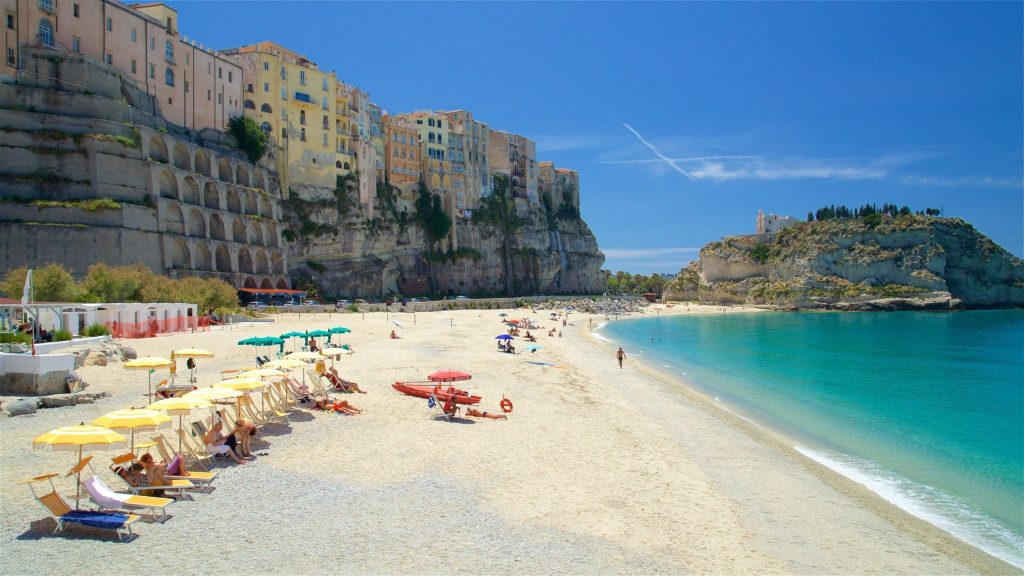 Just a few kilometers from the city of Tropea are the “caves of the Knight”. Here, between high walls of sandstone cliffs, there are small beaches where you can enjoy the sun and sea in solitude or practice diving to explore the depths of the sea and the amazing flora and fauna of the Mediterranean Sea.

The beaches of Capo Vaticano

At the famous cape among travelers, located at the foot of Mount Poro, there is one of the most beautiful stretches of the Tyrrhenian coast, characterized by alternating beautiful bays and white sandy beaches.

The beach of the bay of Riaccia is one of the most famous beaches in all of Calabria, characterized by a unique landscape: the clear sea is dominated by a high limestone rock that emerges from the water on one side of the coast. Both lovers of soaking up the sand near the water and amateurs of outdoor activities will like it here: Riaccia Bay is a paradise for a diver, both a beginner and a true professional. 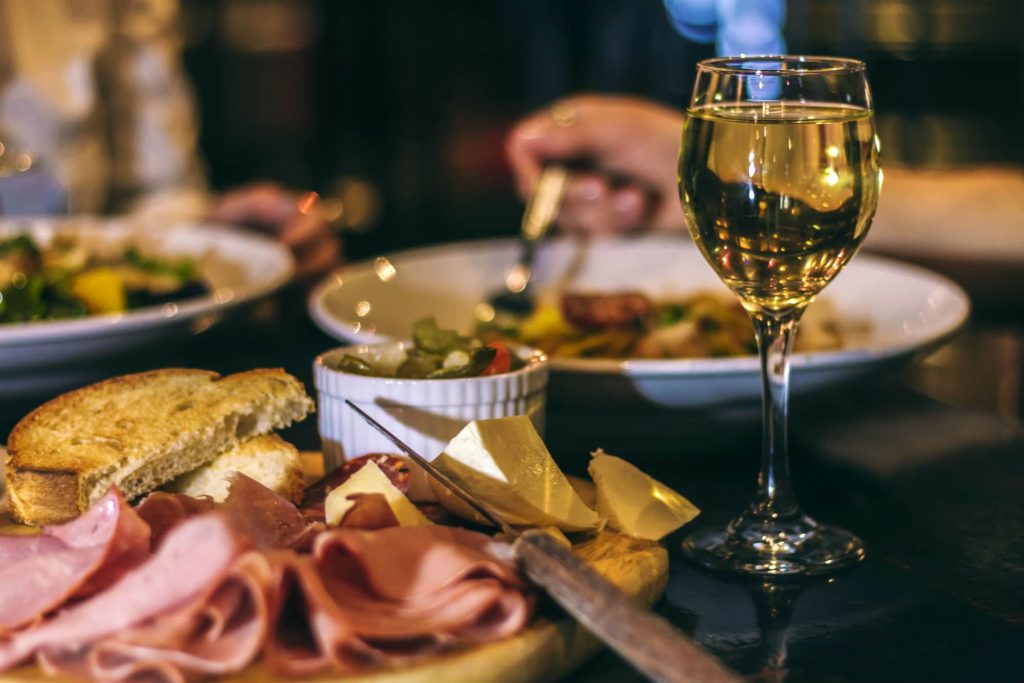 The “Grotticelle” beach is formed by combining three small beaches that smoothly merge into one another. Fine white sand, in addition to the outer part of the beach, also covers the seabed at a shallow depth, which will appeal to kids and their parents. At the same time, you can swim with a mask near the rocks that frame the beach on the sides. Of course, it is best to go here not in the high season – at this time, unfortunately for the tourist, it is very crowded and it is difficult to find a good place to stay.

Is it delicious there? Trust me, it’s delicious!
Calabrian cuisine is simple and undemanding. This region has never been aristocratic – rather, agrarian and fishing. Accordingly, the cuisine has developed on the basis of the culinary traditions of the villagers and fishermen. The mixture of natural landscapes from the coast to the high mountains has made Calabrian cuisine one of the most “unexpected and creative” in Italy. Everything here is prepared on the basis of the freshest primary matter, “zero kilometer products”. The basis of almost all dishes is olive oil: Calabria produces almost a third of the olive oil in all of Italy. In addition, with its own vineyards, Calabria is a wine region. But the king of Peperoncino rules the ball – red hot pepper, natural “Viagra”, as the Calabrians themselves lovingly call it. It is added almost everywhere, and bundles of dried peppers decorate dwellings. 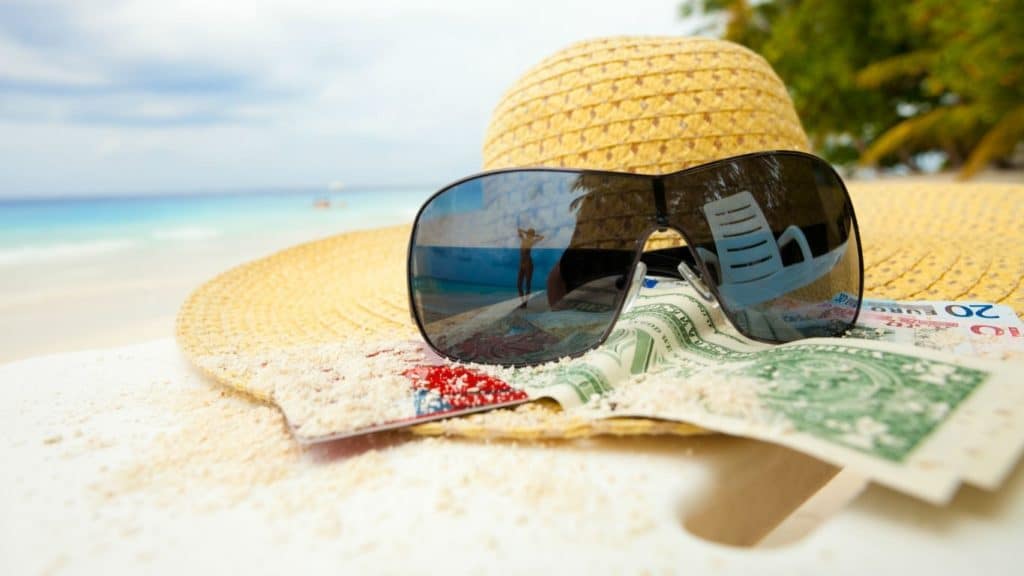 And what about the prices in cafes, restaurants? If you have already traveled to Italy, then the prices here will please you. For example, a dinner for two will cost you €20. Pizza Margherita – €4, Pizza with seafood – €6, homemade white wine 1l – €6, tiramisu – €4. What you should definitely try is eggplant, pasta with mushrooms and of course seafood, as they are the freshest here. It should also be noted that in many dishes there is a hot Calabrian pepper and red Tropea onion, which is a characteristic feature of the cuisine of this region.

In fact, there are a huge number of them! In Calabria, you can relax both very budget and luxurious. Therefore, we have chosen several accommodation options for you. 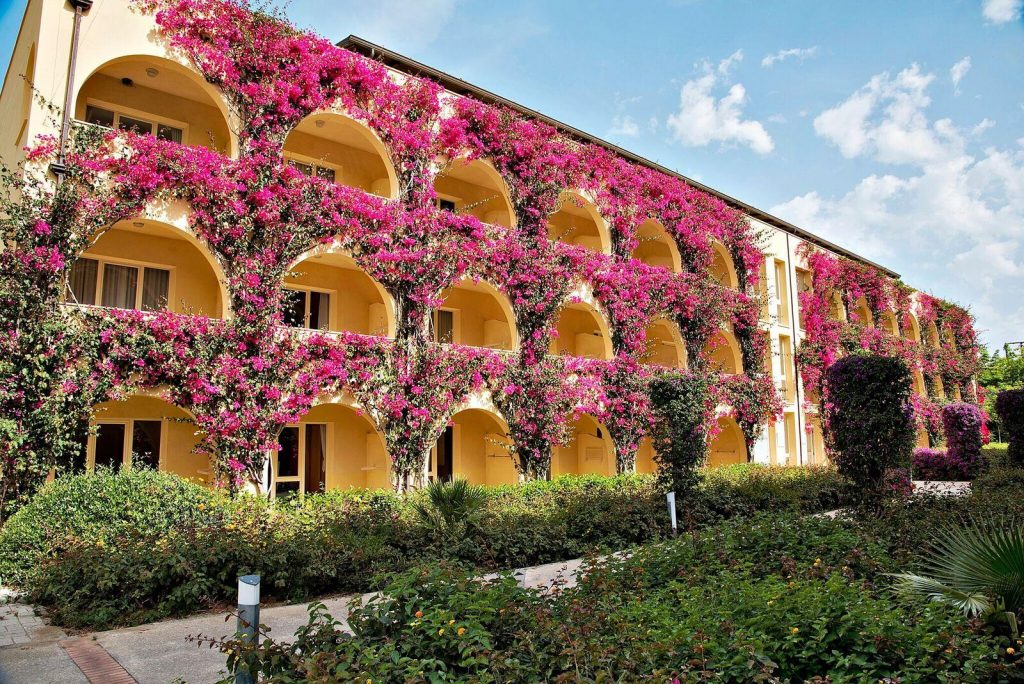 Set high above the Calabrian coast, Orizzonte Blu offers a panoramic outdoor pool and a poolside bar. A free shuttle service is provided to the hotel’s private beach, 2 km away. Guests can rent bicycles and enjoy discounted rates at the private beach. The restaurant has an outdoor terrace overlooking the sea.
The cost of a tour to this hotel at the beginning of June is 967 euros for two, with breakfast included.

Valentour Villaggio Baia d’Ercole offers rooms and apartments, a garden, a private beach, 2 swimming pools, a mini football field and a tennis court. The restaurant offers panoramic sea views. There is also a bar and a children’s playground. The air-conditioned rooms and apartments are simply decorated and have a safe and a patio or terrace.
The cost of the tour to this hotel at the beginning of June is 1023 euros for two, with meals “breakfasts and dinners”

The best hotel for families with children in Calabria. It is located next to a pine forest, offers tourists an unforgettable vacation. The well-groomed territory has outdoor pools, tennis courts and a SPA-center. You can walk to the beach in just a few minutes.