WHAT TO DO AND WHERE TO GO IN RIMINI?

Thanks to a convenient flight to Rimini from Odessa, one of the most popular beach resorts in Italy has become available to us. Today we will tell you why this resort is so popular and where you should definitely go there.

The nightlife of Rimini takes place primarily in two areas: at the end of the promenade, between Marina Centro and the marina with outdoor bars and venues right on the beach, and the small streets of the old city center, near the Old Fish Market (Vecchia Pescheria), where every evening thousands of young people meet for a drink or a meal, at a concert or just for a meeting.

The charm of the Old Fish Market is that history and modernity intertwine here: wine cellars, pubs, restaurants, outdoor tables, candlelight, medieval squares and romantic streets in the historic center, turning it into Rimini’s Montmartre. Here you can dine under the stars or have a drink under the white colonnade. It all takes place in an old fish market with eighteenth-century marble stalls. Many traditions originated here and then exported to the rest of Italy: appetizers, mini portions in small glasses and much more. If you’re dreaming of a vacation where you can meet people and make friends, then the Old Fish Market is the perfect place to go all year round.

The beaches of Rimini

There are as many as 250 beach establishments in Rimini, it is almost impossible to choose from them. The philosophy of the beaches of Rimini is that life is seething here day and night. It all starts at dawn and ends late at night. On the beach, you can do absolutely everything: yoga, learn various types of needlework, do all water sports, dance and more.

What is most interesting is that all amenities, showers, changing rooms, books, newspapers, various games, entertainment and a kids club on the beach are absolutely free! All this is already included in the daily cost of an umbrella or sun lounger. But there are also free sections of the beach near Bozkovic Square in Rimini; Piazza San Giuliano in front of the harbour; Marebello and Miramare areas. 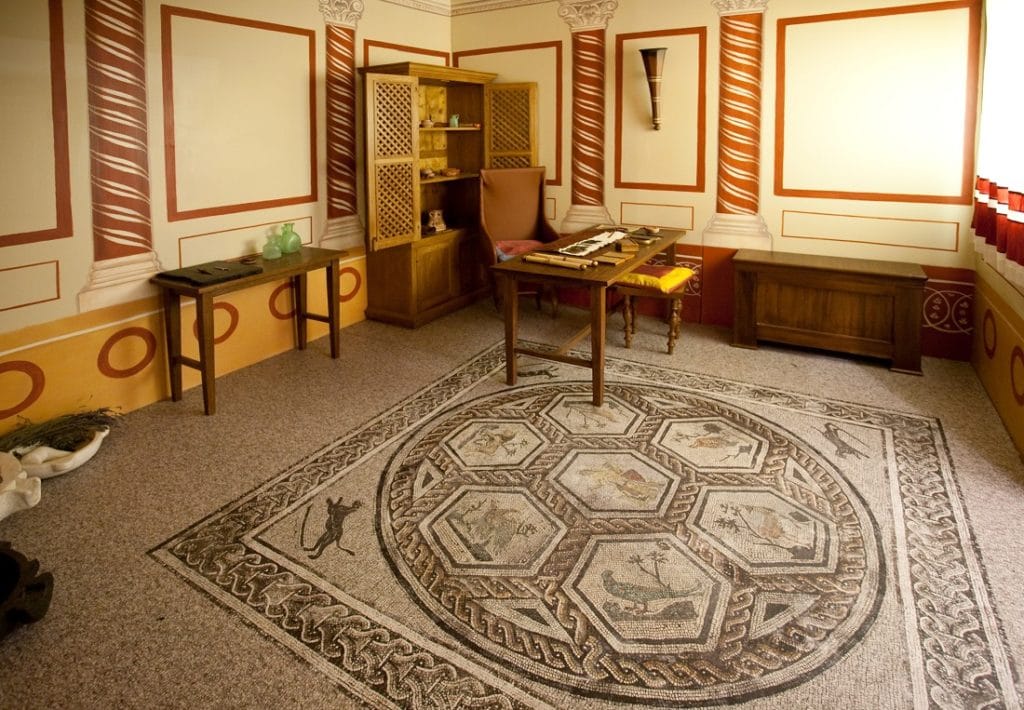 One of the most important historical sights in Rimini is the House of the Surgeon. This is a small two-story building, where various household items and elements of home furnishings were found: vases, amphoras, fragments of mosaic decoration and wall paintings of great artistic value. The name of the house was due to the fact that a set of 150 surgical instruments was found here, which were used in those days to treat fractures and chopped wounds. This led to the idea that the owner was a military surgeon, probably from Greece. 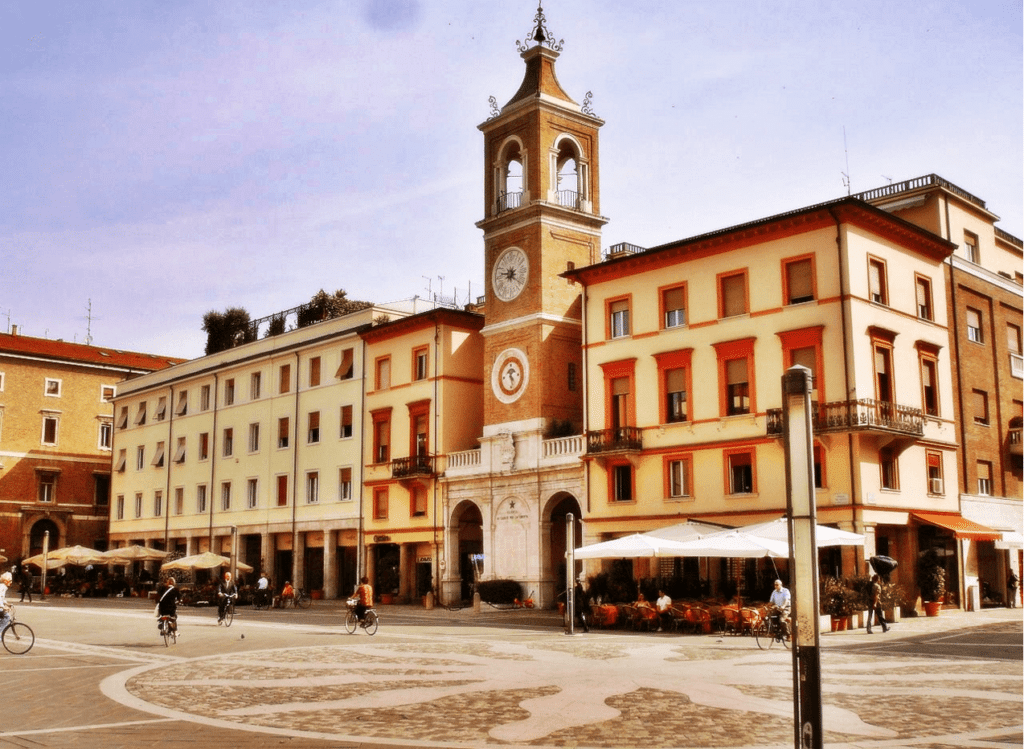 The Rimini City Museum preserves the historical and cultural heritage of Rimini and its surroundings. It is located next to the church of Santa Maria del Suffragio, in an eighteenth-century Jesuit monastery. Here you can see small pieces of stone that the Romans used as entrance tickets to the Amphitheater, or small statues representing gladiators. A rare treasure of Roman coins, magnificent mosaics, amphorae, bricks from clay ovens run by the first entrepreneurs in Rimini. Recently, a new archaeological section was opened in the museum. It is dedicated to the imperial period of Rimini in the 2nd and 3rd century. As well as the richest surgical and pharmaceutical equipment of the surgeon Domus, along with the famous mosaic of ancient boats. 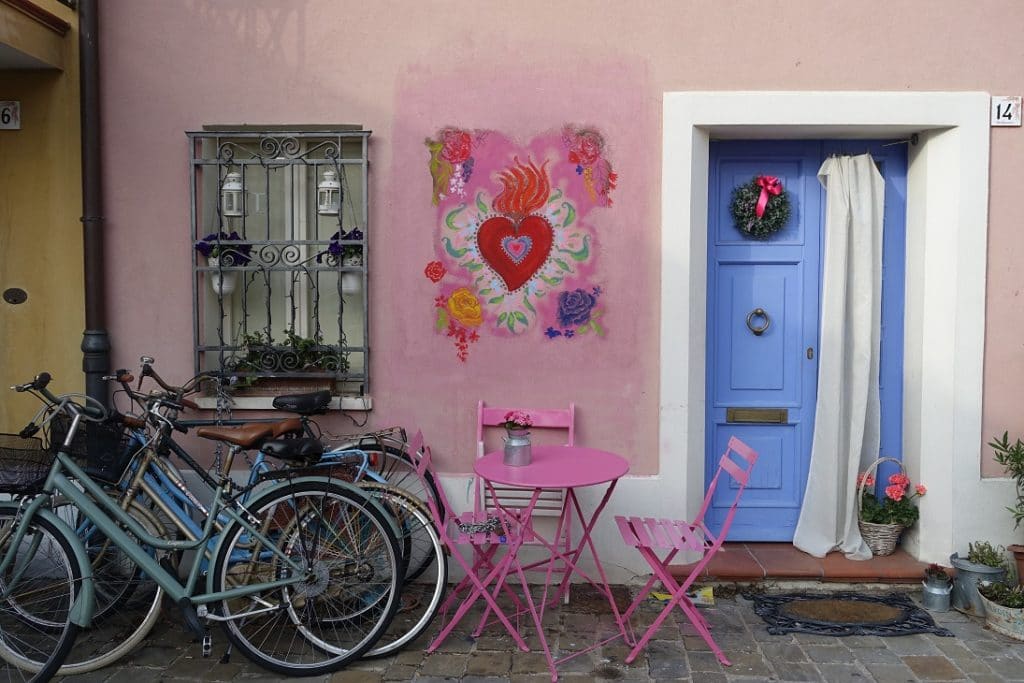 People say that the area of ​​San Giuliano was the favorite place of Federico Fellini and Giulietta Masina in Rimini. These are quiet pedestrian streets with beautiful medieval houses, cozy cafes and beautiful painted buildings. Here you should definitely visit the church of St. Giuliano. Initially, it was a Benedictine monastery complex (IX century), built on the remains of a pagan temple. Inside the church, you can admire a beautiful painting by Paolo Veronese, the martyrdom of Saint Giuliano.

The streets of Fellini

The famous director Federico Fellini was born in Rimini in 1920 and this city has become forever associated with him. To follow the path of the great director, you should start at Felini Park, from here you can see the Grand Hotel. It is in this hotel that his favorite room is located, which is now named after him. Here you can also order dinner based on his preferences. The next step should be the harbour, the embankment and the pier where the young people in the Vitelloni philosophize in the winter and where the motorcyclist from the Amarcord used to come. 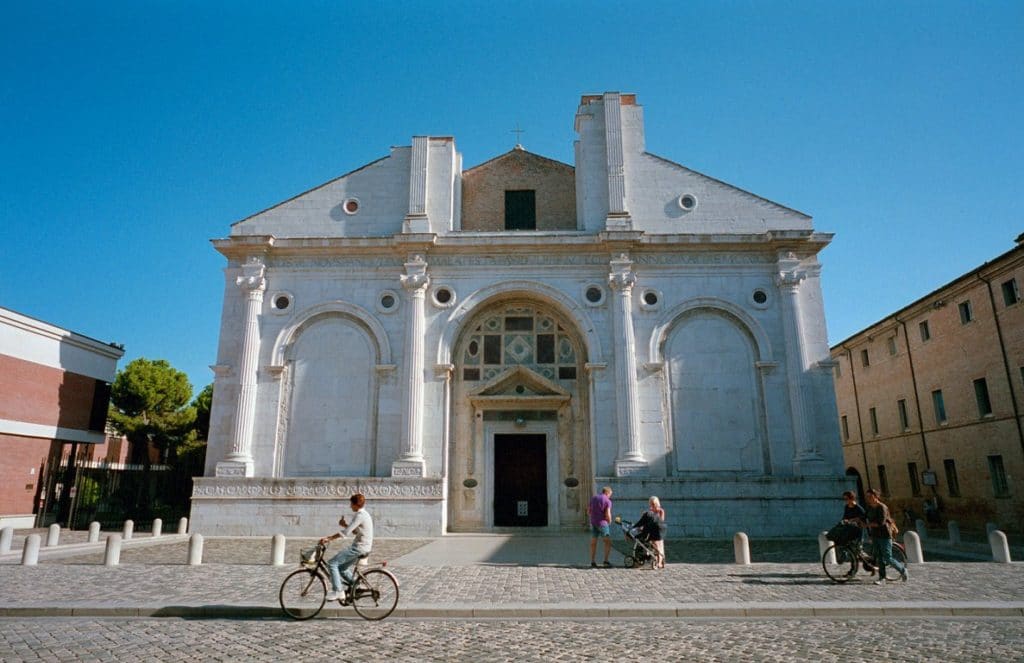 Excursions around Rimini usually begin with a visit to this temple. The temple-mausoleum is the best example of Franciscan Gothic, built in the 12th century. The modified temple was designed by Leon Alberti, many experts put the author on a par with Leonardo da Vinci. Today the temple is open to visitors. Here you can see two interesting works. The first is the “Crucifixion” by Giotto, which was made at the beginning of the 14th century. The second is a fresco by Piero della Francesca, which depicts Sigismondo Malatesta himself. Malatesta kneels before his patron Saint Sigismondo.